The Evolution of Navision

As we all know very well NAV has come a long way since it's inception by 3 college friends in 1985; it has taken on many different names and different versions and it is still changing today! But with every new version comes new capabilities and functions propelling NAV into the future of business management solutions and ERP's, always evolving and upping the competition. To fully appreciate it's evolution and the direction it is going in I find it insightful to look back at how it all started, I have created a handy timeline guide that outlines how NAV grew year by year and have also included what versions were released and available at the time. Have a look at it here:

Following its usual pattern, it was announced at Directions EMEA 2017 in Madrid, that the most recent version of NAV 2018 is looking to run up until the Spring of 2018 at which time Dynamics 365 'Tenerife' will take effect. We were able to get our hands on the new 'Ecosystem' that outlines the plans to come, which demonstrates a huge chunk of Dynamics 365 'Tenerife,' of whose features they have yet to divulge with us! Watch this space and as soon as we know more you'll know! 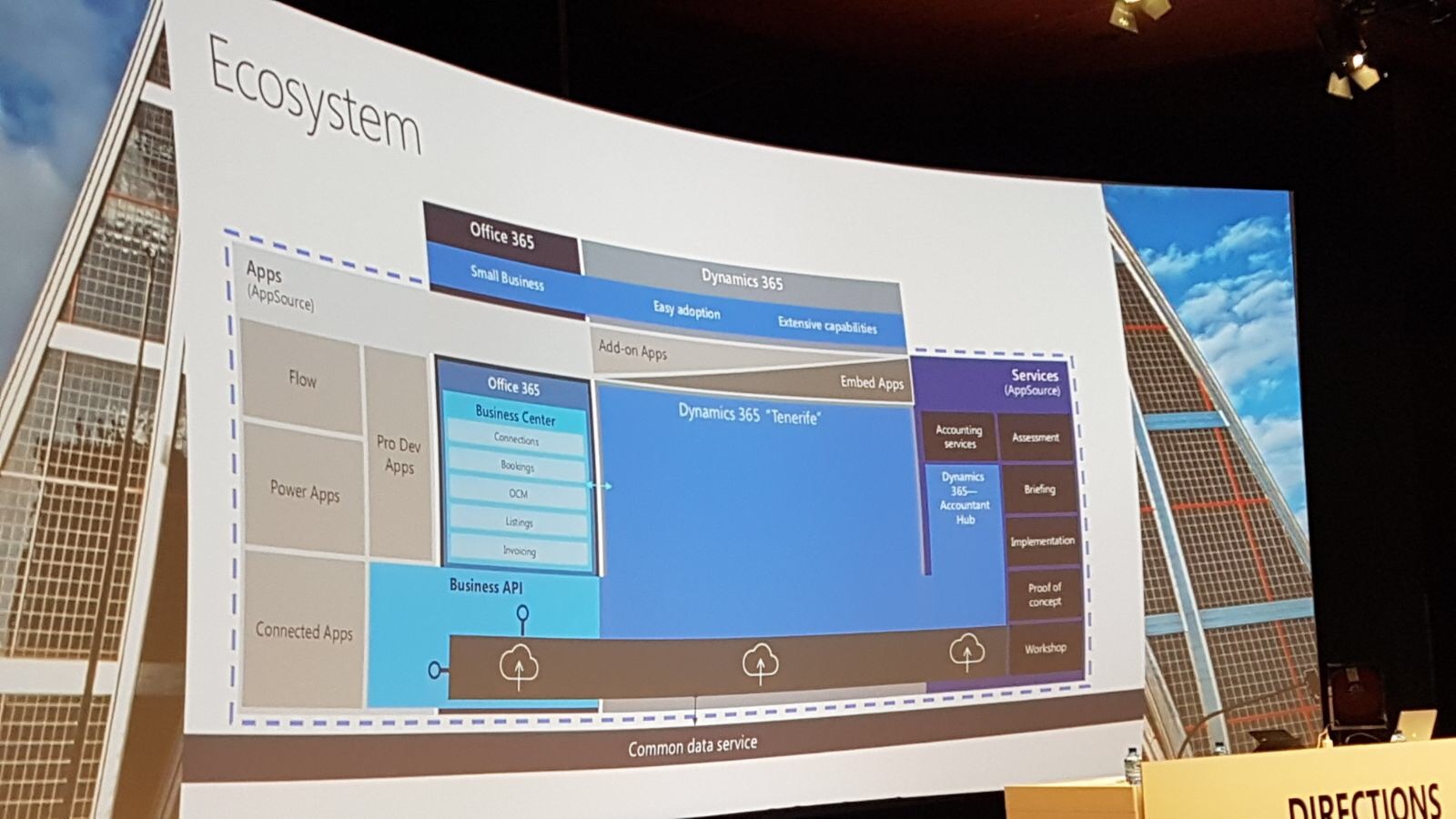